Title of Presentation: The activities of AIGeo Working Groups towards a new applied geomorphological map 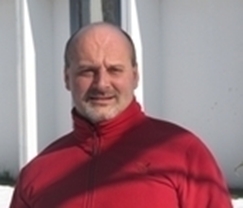 Dr. Alessandro Chelli is Associate Professor in Physical Geography and Geomorphology at University of Parma (Italy). His main research interests are landslide geomorphology, with particular emphasis on the relationship between large landslides and tectonics of mountain chains, coastal geomorphology, particularly rock coast geomorphology and evolution of coastal plains, and geomorphological mapping. His research activity is testified by over than 90 scientific papers in international and national journals, book chapters and proceedings of international and national meetings and congresses where the results of research activities have been presented. Since the 2014 he is member of the Commission between AIGeo and the Governative Italian Institute for Environmental Protection and Research (ISPRA) for the revision of the legend of Official Italian Geomorphological Map. 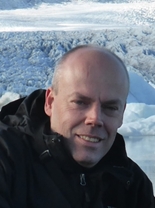 Dr. Dewitte, Secretary General of the Belgian Association of Geomorphologists, is a physical geographer with a broad knowledge and understanding of processes and quantitative research methodologies in geomorphology, natural hazards and land degradation. He is employed as a senior research scientist at the Department of Earth Sciences of the Royal Museum for Central Africa (Tervuren, Belgium). His current research interests are mainly on landslide and soil erosion related topics in several regions of Sub-Saharan Africa (Burundi, Cameroon, DR Congo, Ethiopia, Rwanda, and Uganda).

Title of presentation: Earthquakes impact on geomorphology (landforms and processes) in the Himalayas at different time scales. 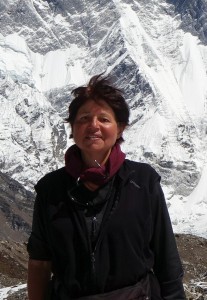 Monique Fort (PhD in Quaternary Geology, State Doctorate in Geography) is Emeritus Professor in Geomorphology and Environmental Sciences at the Department of Geography of Paris-Diderot-University. Former Vice-President of IAG (2005-2009), and former member of the IGU Commission « Geo-diversity in Mountain systems » and “Mountain response to Global Change » (2004-2016), she worked in various mountains of the world (Alps, Central Asia and Himalaya). Ongoing fieldwork includes studies on current slope instabilities and natural hazards in the Himalayas, on floods impacts and their prevention in French areas in a context of climate change. Her significant publications have appeared in Geomorphology, Quaternary International, Quaternary Science Reviews, Science, Zeitschrift für Geomorphology.

Title of presentation: Seismic landscape of Romania: challenges of a specific paradigm 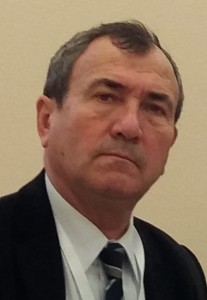 He is a Civil Engineer, PhD, Senior Researcher and the Scientific Director of NIRD „URBAN-INCERC”, Bucharest, Romania. After the great March 4, 1977, Romania earthquake he conducted numerous researches in earthquake engineering and was involved in building vulnerability studies and earthquake impacts scenarios in INCERC Bucharest. Seismic risk reduction targets included their connections with education of exposed people, developing prevention and management guidelines and manuals, as he was since 1990 the main national scientist in charge of the national programme for public preparedness. The complex issues of risks in natural and built environment included special concerns on heritage buildings protection and recovery of historical data on past earthquakes. Since 1990’s, he developed a scale for assessment of interdisciplinary socio-economic impact of earthquakes. In these approaches a special role is played by his intense knowledge exchanges with Japanese scientists (Building Research Institute, Hokkaido University, Toyohashi University of Technology, University of Tokyo and Tokyo Metropolitan University) and with valuable experts deployed in Romania in a project of Japan International Cooperation Agency.

Title of presentation: Digital elevation models and their applications in geomorphology: historical review and future perspectives. 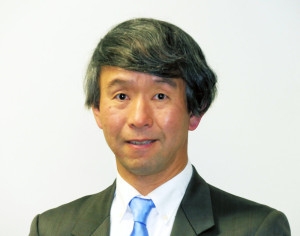 Takashi Oguchi is the Director and a Professor at the Center for Spatial Information Science, the University of Tokyo, Japan. He is one of the Editors-in-Chief of the journal Geomorphology (Elsevier) since 2003, and member of the editorial boards of several other international journals. He has conducted research in various foreign countries such as Bangladesh, China, Italy, Korea, the Philippines, Poland, Syria, Taiwan and the UK (fluvial/hillslope geomorphology, geomorphometry, geoarchaeology, water quality, earthquake hazards, marine geology, land use and cover analysis, and spatial databases). He has been a steering committee member for several commissions/working groups of international academic societies such as the International Geographical Union and the International Association of Geomorphologists. 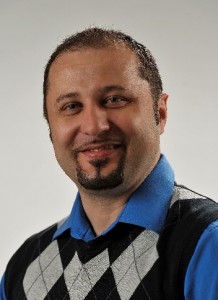 Dr. Florin Pendea is a broadly trained geoscientist with a doctorate in Quaternary Geomorphology from Babeş-Bolyai University (Cluj-Napoca) and one in Historical Ecology from McGill University (Montréal). His research interests focus on geosystems responses to climate change and his current research projects range from geoarchaeology and wetland carbon sequestration in the Canadian Shield to geomorphology and tephrochronology of the OIS 2-4 in the Russian Far East. 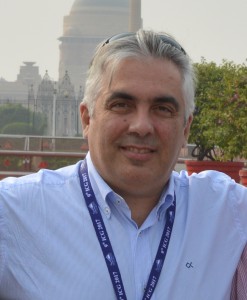 Konstantinos Vouvalidis is currently an Associate Professor at the Aristotle University of Thessaloniki, School of Geology. He is the Director of the Department of Physical and Environmental Geography. Also, is a member of the department’s Physical Geography Laboratory; the official laboratory of Aristotle University under ISO standards accreditation on “Hydromorphology”. His current research interests include Physical Geography,Geomorphology, Fluvial Geomorphology – Hydromorphology. Furthermore, Prof. Vouvalidis was a founding member and a Chairman (2015-2016) of the Committee for the Geomorphology and Environment of the Geological Society of Greece, National Member for Greece to the International Association of Geomorphologists (IAG/AIG). Today, Prof. Vouvalidis is a Special Portfolio Member of the Executive Committee (2017-2021) of the International Association of Geomorphologists.